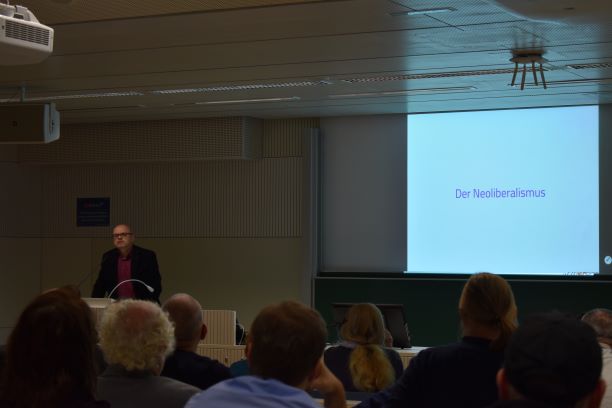 The economic and social desasters of the neoliberal EUROpean regime has stirred popular revolts all over Europe. Brexit and the yellow/green coalition government in Italy were definitely the most promising events signalling the beginning of the end of the neoliberal hold on of democracy in Europe.
This is still true today even though it has to be acknowledged that the recent events in both countries have to be interpreted as defeats in the strugggle for democratic self determination.
Particularily dissappointing is the fact, that it were two forces, that we on the political left had reason to consider as our allies, who turned out to prefer to fight for the EUROcracy.
That there is still a Left, that is on the side of the People, shows your demonstration today. I therefore wholeheartedly wish you all the best for the event and very much regret of not being able to support you in Person today in Rome.

Dr. Paul Steinhardt is editor in chief of makroskop.eu