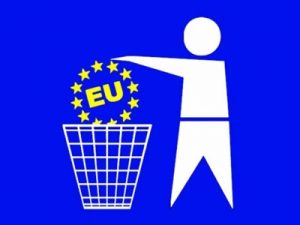 Call by the European Co-ordination against Euro, EU, NATO and Neo-liberalism

[You can sign the call online here, or write a message to personenkomitee@euroexit.org]

The Covid-19 pandemic has triggered off an “integral world storm” and constitutes a historical turning point. The Pandora’s box has been opened, all the chronic evils of the hyperfinancialized capitalist system have been exposed. The ghost of the “stagnation of the century”  is hovering above mankind. Along with the decline of neoliberal globalization, we are entering a period of great turbulences and social catastrophes which may offer new opportunities for change. In this context, the risk of a confrontation between those favorable to a popular power and those in favor of an authoritarian regime, may happen. Upheavals will overwhelm the present geopolitical balances, with the risk of a devastating cataclysm between the major powers.

Because of its structural weaknesses and its internal contradictions, the European Union will not be able to resist the next world earthquake. The Covid-19 pandemic has indeed revealed the EU’s total inability to cope with the emergency and to “reform” itself. Germany – the true hegemon within the Union – has never ceased to act for itself alone, keeping on defending its rigid ordoliberal rules even though they prove to be unsustainable. That German and European dogma is exerted to the detriment of the Southern Member-States in particular.

This is what the recent judgment from the German Constitutional Court told us.

No eurobonds – meaning no debt pooling. Whereas the existing tools (the EIB/European Investment Bank, the SURE/Support to mitigate Unemployment Risks in an Emergency, the ESM/European Stability Mechanism) can be compared with the rope that supports the hanged man. Because those tools are in fact loans, so they mean new debts for States whose bonds are already considered as undesirable. Even worse : to access those loans, the States will have to accept strict conditions, among them the possibility to be placed under a very close scrutiny, even under protectorate. That would submit them – mainly Italy – to very powerful social and political tensions. Tensions that may lead them to wish to get out of the euro jail.

That headlong rush of the European Union is only a way to extend its agony. And the unreliable Recovery Fund will not change anything to this.

Mario Draghi’s suggestion, designed within a classical liberal vision, would consist in allowing the ECB to act like any other central bank does – as a lender of last resort – that is, to create vast amounts of liquidities, hoping to jumpstart the economy. This is not an alternative to debt as the central bank would finance the States through private banks.  Then the States would have to reimburse the loans by taking over the private sector bankruptcies. This is a well-known principle : socializing losses and privatizing profits !

However, bonded through a true blood compact, the main and transeuropean sectors of capitalism have excluded that possibility in the name of the monetarist dogma according to which money must remain scarce a good. The motive behind that stubbornness is  obvious : monetary policies are to be independent, they are no tax policies and they bear no heavy social consequences. For the dominating classes, the monetary leverage must remain a weapon to submit the dominated classes and to divide the workers in order to enslave them.

The various countries, threatened by their increasing debt, will not get out of chaos with half-measures or financial/monetary engineering maneuvers, as virtuous they may look like. The countries may only get out of this by giving a new part to the State which has to take control not only over their money and the bank system, but also over their main means of production and exchange.

The private sector that directs and invests its resources only if it can bring back a pretty profit rate on the short term, is now in expectation. Yet, that very condition of returning a profit is what is missing in the present context. That is why it deems it preferable to slow down its engines, even at the cost of diving the whole society into disaster.

Breaking up with that system is therefore unavoidable.

The countries under attack by the predatory finance cannot get out of the general crisis but only through exiting the double jail of neoliberalism and globalization. A double jail which the European Union is an essential part thereof. The various countries cannot but save themselves by leaving the treaties that keep them chained, taking back their national, political and monetary sovereignty, and following the path towards a public economy, both regulated and planned.

This is not only a wish but also a necessity – even more so as the European Union shall be impacted by this general, systemic crisis. Therefore, the disintegration of the Union would be in the natural order of things. Nevertheless, what will rise from the ashes of the European Union, shall depend on numerous yet unpredictable factors. But it can be held for sure that new configurations and alliances shall emerge. It is also certain that if the dominated classes do not get organized socially and politically, if we cannot gather powerful democratic and popular fronts on time, forces in favor of national capitalism and/or the far-right may benefit from the chaos to establish an authoritarian regime.

This is the upcoming challenge, we need to get ready for it. Therefore, we need to build up powerful mass alliances in each country, tools to organize and guide radical popular mobilizations so that from today’s weak resistance, it may become possible to go on the offensive.

Sooner or later, power will be at stake. In order to win, a program of deep and vast transformations is required, aiming at establishing social equality, political democracy, rights and liberties. Each country shall follow its own route, taking into account its historical and cultural roots, as well as its peculiarities from its economic and social fabric.

Furthermore, becoming sovereign States again is not enough. After defeating the capitalism ideology of exploitation, predation and privatization, it will be necessary to set up a popular power that establishes the supremacy of the public property of strategical sectors, and that plans the economy for the benefit of the common wealth of society.

Only free peoples from democratic and sovereign nations shall be able to establish relationships of mutual solidarity and build a new world order based on non-alignment, mutual respect and brotherhood, at the opposite of any imperialistic and revengeful nationalism.

The wind has risen, let’s set the course and go all sails out!